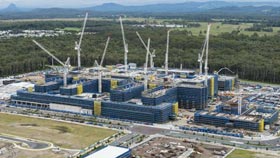 Queensland Power Protection (QPP) is a locally based specialist supplier and installer of Direct Strike Lightning Protection and Earthing Systems.


Winning the contract to supply and install a Direct Strike Lightning Protection System (LPS) at the Sunshine Coast University Hospital (SCUH) was a significant accomplishment for QPP.

“As the single largest essential services health infrastructure project being currently undertaken in this part of the world, the Sunshine Coast University Hospital project is a fantastic project for a local specialist company like QPP to be involved with,” says Eric O’Brien, Director at QPP.


The LPS for the SCUH project structure comprises an air terminal network to intercept the lightning strike, a down conductor system to conduct the discharge current safely to earth and an earth termination network to dissipate the current into the earth. The system had to comply with Australian Standard 1768 and the project’s Electrical Engineering Specification.

The lightning protection system was considered already in the planning stage as a means to ensure the necessary measures to provide protection to the structure, sensitive equipment, and human life. The system was provisioned in the architectural features, without detracting from the appearance of the building.


“This approach offers a less aesthetically imposing and considerably more cost effective system than that which can be provisioned post construction.” 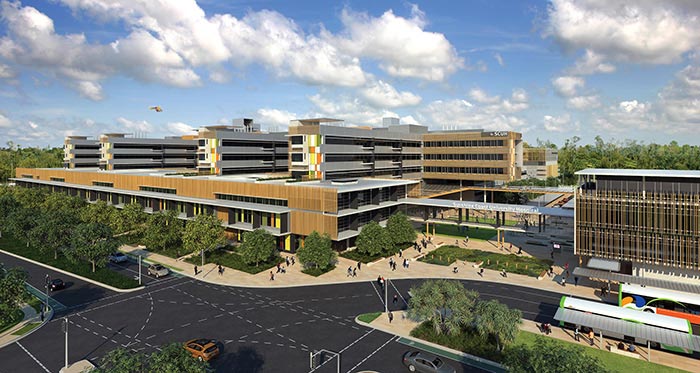 Some of our Clients

We have been dealing with QPP since 2005. Over the course of our relationship they have consistently supplied well priced, high quality, and reliable power protection products to meet my client's needs. Most importantly, however, is their responsiveness, quality of service and technical advice; especially when it's really needed. In my opinion, this is what sets them apart.